Rep Briscoe has introduced HB 304 S1 (Fossil Fuels Tax Amendments, Feb 22, linked from here) and now there’s a Fiscal Note. Here’s some details on the bill! Plain language overview The bill imposes a carbon tax of $10 per ton CO2, increasing at 3.5% plus inflation, on fossil fuels consumed in Utah (other than [...]

There is no excerpt because this is a protected post.

Why I’m not signing the Economists’ Statement on Carbon Dividends

A few weeks ago there was a big news splash about the Economists’ Statement on Carbon Dividends, signed by an incredibly impressive group of economists: 27 Nobel laureates, 4 former chairs of the Federal Reserve, 15 former chairs of the Council of Economic Advisers, etc. Other economists were invited to sign on, but I’ve decided [...]

Update: Please see the page for the 1st Substitute bill, HB 304 S1. Rep Briscoe has introduced HB 304 (Fossil Fuels Tax Amendments, Feb 8) and on Wednesday there should be a fiscal note. Until then, here’s some details on the bill! Plain language overview The bill imposes a carbon tax of $10 per ton [...] 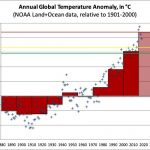 Some thoughts on a Hawai’i carbon tax 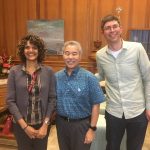 I’ll be in Hawai’i as a speaker and participant in the Ha o ke Kai climate conference on Monday Jan 14. All are welcome! For more information see this Jan 10 Honolulu Civil Beat op-ed by conference organizer Anu Hittle: “Our small state has big ambitions when it comes to climate change”. Here is a [...]

Various news stories and online comments reference a John Madden quip about an “old bologna sandwich” during Super Bowl XXXIII in early 1999: The NY Times says: “He often eats old bologna sandwiches, the kind that sit around until he gets hungry. (As a visitor to his bus, I know this assertion is credible.)” The [...] 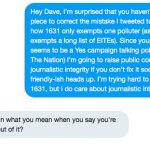 Update Oct 30: David Roberts added a PS to his piece claiming that his analysis is good because Ash Grove Cement, Nucor Steel, Boeing (the state’s largest private-sector employer), etc. etc. don’t count as “large polluters”. Shameful. Initiative 1631 is a “carbon fee” measure that will be on the ballot in Washington State next week. [...]

Is I-1631 (carbon fee) the most expensive measure in WA history?

Taking fire from both sides