With all the ink-spilling about “pause” or “no pause”, it’s nice to have a clear and simple bet to take a look at.

It’s my bet with fellow economists Bryan Caplan and Alex Tabarrok, and it’s about whether the average temperature anomaly over the next 15 years will be above or below the gray bar in the graphic below. (The red bars show 15-year historic temperature anomalies going back to 1880.) 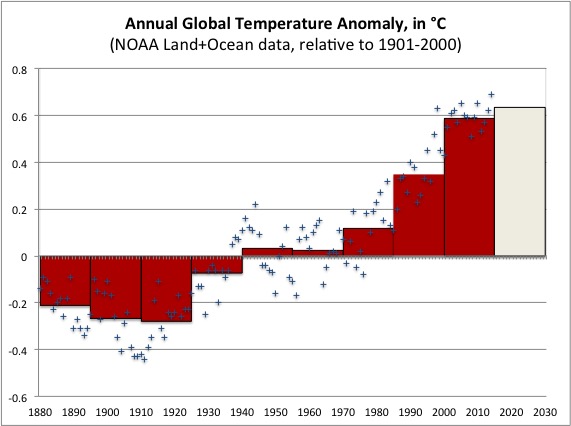 Details on the bet are below—together with a clean version of the NOAA temperature record—but why don’t you first check out the back-to-back pieces in the Seattle Times (this column and this op-ed) about the revenue-neutral carbon tax ballot measure campaign I’m part of in Washington State? 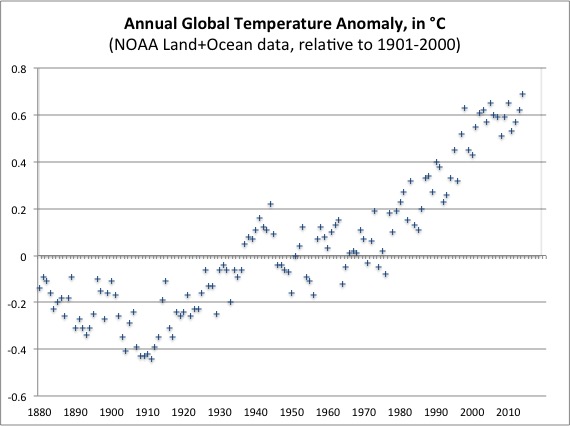 More Twistory below, stay tuned for an update in January 2016!