Is putting a price on carbon hard? Oh yes. And I speak from experience: I was the founder and co-chair of the I-732 revenue-neutral carbon tax proposal that made the 2016 ballot in Washington State. We ended up getting 41% of the vote, which I like to say was not bad given that we were opposed [...] 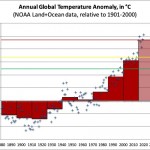 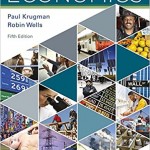 Introduction This is the fifth such review I’ve been involved in and it is almost certainly the last review I’ll be doing, for the simple reason that the vast majority of textbooks now have excellent content on climate change! (If desired you can skip directly to the report card, or read on for some context and big-picture thoughts.) The [...]

Better late that never, here are some key readings and such about the I-732 carbon tax ballot measure campaign in Washington State in 2016, plus some other readings. 1. For academic papers relating to the campaign, see my list of academic papers about all this. 2. Guides for other states: Brookings Institution paper by Adele [...]

Here’s the PPT slides from a one-hour talk I gave on state-level carbon taxes at the University of Michigan on Wednesday March 11 2020. (The rest of my visit to campus was cancelled because of Coronavirus concerns.) I’d be happy to give a similar talk via Zoom or Skype for classes this semester that have [...] 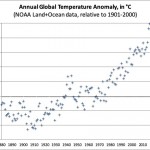 To the editor: The treatment of sea level rise in “How scientists got climate change so wrong” (by Eugene Linden, Nov. 8) doesn’t accurately represent the reports from the Intergovernmental Panel on Climate Change. Regarding the future of the Greenland and Antarctic ice sheets over the 21st century, Mr Linden claims that the first IPCC [...]

In updated my CV I noticed that this report that I co-authored back in 2006 isn’t available online, so here’s a link: Impacts of Climate Change on Washington’s Economy: A Preliminary Assessment of Risks and Opportunities, by Bob Doppelt, Sarah Mazze, Edward C. Wolf, and Yoram Bauman (Washington State Departments of Ecology and CTED, Publication [...]

Updated Sept 2020, and see here for more articles (most non-academic) about I-732. I was the founder and co-chair of the first-ever carbon tax ballot measure in the United States, the grassroots I-732 effort in Washington State in 2016. (It ended up with 41% of the vote, which I like to say is not bad [...] 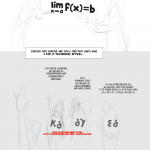 Introductory comments Our forthcoming Cartoon Introduction to Calculus features a joke about the epsilon-delta definition of limits. The basic idea behind the joke sounds simple enough: American universities that are part of the Greek system have fraternities and sororities that are known by two or three Greek letters—e.g., Delta Gamma—so the the joke envisions a [...]