Via email, with permission:

Thanks for coming to USF last night. I really enjoyed your routine (the part I saw, at least).

So, it was my son who broke out into hysterical laughter and temporarily halted your routine when you started joking about China last night (at USF). He loves Pandas, so he gets really excited about China since that is where they come from. I’m sorry if it interrupted your routine, but I think the crowd though it was pretty funny. It looked like you took the interruption in stride, so I hope you didn’t mind too much.

He is the class clown in his preschool class and loves attention. As such, when he laughed really loud (by realizing you were talking about Pandaland, as he refers to China), he immediately learned the crowd thought it was funny, and promptly told me he was going to “laugh louder than anyone” after every joke. Once is funny, but after every joke would have been distracting, so I decided to take him outside. So you can sleep well tonight knowing that no domestic violence resulted from your routine, and also because you inspired my little comedian to try and be funny like you.

My wife and I thought it was hilarious. I hope you did too. [YB: Oh yes I did!] She and I were still laughing about even this morning. I am attaching some pictures of your littlest fan, just in case you are interested – one of him trying his hardest to be funny, and the other with Pandas. 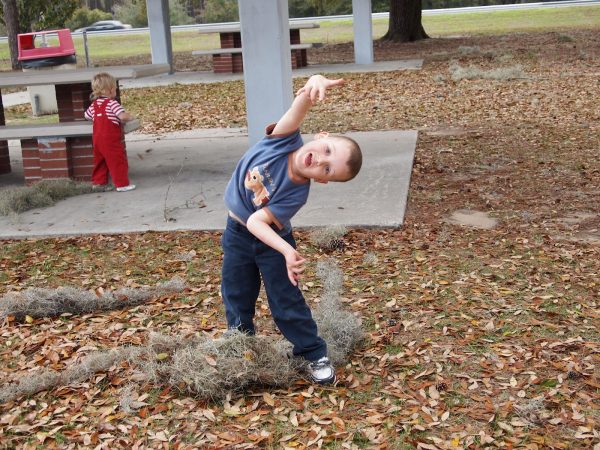 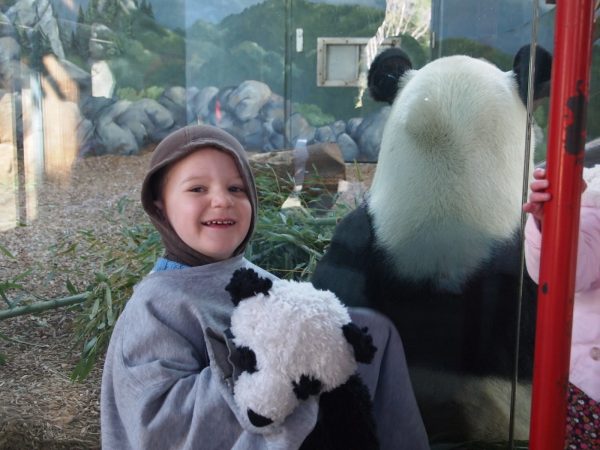