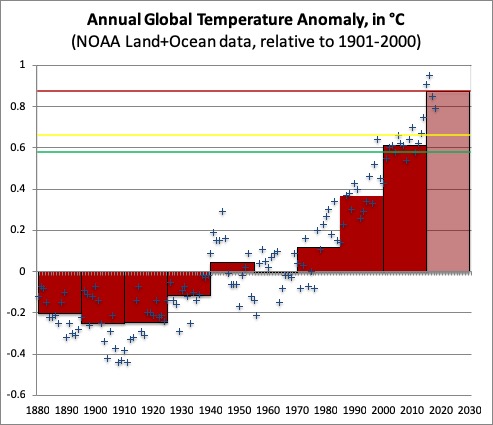 The short version is that the red line at 0.88°C represents average temperatures during the first 4 years of our 15-year betting period; the yellow line at 0.66°C shows the finish line for the bet: if the red line is above the yellow line after another 11 years then I win the bet, and otherwise they win the bet; and the green line at 0.58°C shows how high average temperatures can be over the next 11 years for Bryan and Alex to win the bet. The good news for Bryan and Alex is that they can still win our global warming bet if average temperatures for the next 11 years are about 0.3°C lower than the average for the past 4 years! (The bad news is that the green line is moving down: last year it was at 0.66°C.) 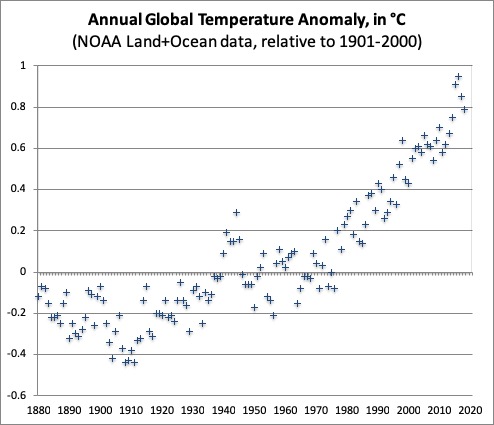